I know that as soon as you start reading this, some of you are immediately going to think that I’m being ridiculous, but stick with it and hear me out, who knows, I might change your mind 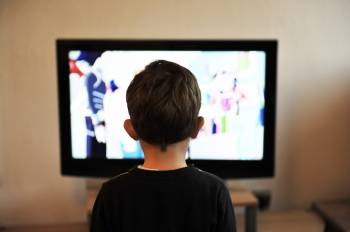 I’ll tell you what made me think twice about letting my little ones watch TV. I was round at a friend’s house a few months ago to have coffee and a catch-up. She has a daughter aged 3 and a son aged 18 months. We were sitting in her living room, drinking our coffee and having a chat and I noticed that the TV was playing away the whole time, she had never even thought about turning it off so that we could talk more comfortably.

All the time we were chatting, there was a constant droning of voices in the background and I noticed that both her kids were sitting really close up to the screen, just glued to the programme. Later, when we took the kids out to the park to play, I really noticed the difference between her children and mine. Whereas Jessica and Spencer are really sociable and chatty, her kids had very poor communication skills in comparison. It made me wonder whether watching so much TV was something to do with it so I started looking into some studies and I was quite surprised at the results.

Current Studies Into The Effect Of TV On Children

In my research I came across a study from the Children’s Hospital Medical Center of Cincinnati which revealed that as many as 40% of toddlers are watching at least 3 hours of TV per day, despite the American Academy of Pediatrics‘ issuing guidelines that children under the age of 2 should watch no TV at all, and children aged between 2 and 5 should watch only a maximum of 2 hours per day. The study showed that TV at such a young age can have some shocking impacts on early development and skills.

Just to make sure that the results weren’t unique to American children, I decided to check for any UK studies which proved the same thing and I turned up an article in the Guardian newspaper which quoted a study from researchers at Newcastle University and Queen Margaret University which revealed that toddlers who watched more than 3 hours of television showed difficulties in communicating their ideas years later at the age of 11, and even more worryingly, were more likely to suffer from high blood pressure. It didn’t take anymore to convince me that TV was a bad thing for little ones.

How TV Impacts On Children

The main impact of TV on small children appears to be in terms of their learning. For toddlers under the age of 2, this is the time in their lives which they need the most stimulation and interaction to learn and the problem is that TV can’t interact back. When toddlers are put in front of the TV as an electronic babysitter, they start to become passive and that doesn’t bode well for their development. TV can seriously impact on the ways in which children learn. Toddlers should be actively trying things for themselves and getting hands-on to improve their motor skills, their problem-solving abilities and their questioning skills.

Another problem is those small children don’t know that what they see on TV isn’t real. That means that they can easily become afraid or display unwanted behaviors because of things that they have seen on the screen.
Furthermore, another problem revolves around language and communication skills. If toddlers sit in front of the TV rather than interacting with other children or talking to a parent, how can they learn to communicate effectively? If the TV is always droning in the background, how can they hear conversations and join in?

It’s no wonder that children who spend a lot of time watching television suffer from long-term problems with their speech and language, and not being able to communicate effectively can have a knock-on effect for their education, holding them back for many years after they have started school.

What Alternatives Are There To TV?

TV is a great babysitter. The bright colors and moving images entertain little ones and keep them occupied so parents can get on with the important things they need to do like work and household chores. However, if it’s used too much it clearly has detrimental effects. Instead, we need to interact with our kids and stimulate them by playing games and engaging in creative and physical activities. Reading books is one of the best alternatives to TV. Children love the colorful pictures and they can develop questioning skills and widen their vocabulary. Reading together is one of the best things we can do for our toddlers, and it’s a lot of fun too! 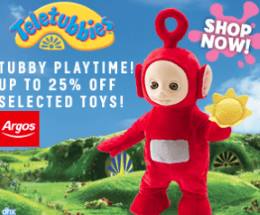